On April 28, Blair Academy hosted our first ever Women’s Leadership Conference for students and faculty from Blair, Lawrenceville, and Hun. Last year, Lawrenceville held a similar conference and asked Blair to participate. We sent students and alumni, and everyone who went  loved it.

This year, I was thinking about how much we got out of their program and knew that I wanted to have a similar event at Blair. Our event began with an alumni panel featuring Blair’s Anne Cramer ’75, Marianne Lieberman ’79, Amelia Wolfe ’85, and Grace Chamberlin ’15. The four women talked  about their experiences after life in high school, with stories ranging from work in fields such as aviation, law, and investment agencies, among others. Each person discussed the effects that different mentors had on their lives, how they picked themselves up from failure, and who they look up to. The panel ended with a discussion of what being a strong woman means to them.

Next, there were three smaller group discussions for participants. The first one, titled “Life in College,” was led by Ms. Chamberlin, a current attendee of Williams College and member of the women’s crew team there. Ms. Lieberman and Mrs. Wolfe led a discussion called “Working in a Male-Dominated Field,” in which they discussed different ways to make yourself known in the workplace and how to persevere when faced with hardship. Ms. Cramer talked about “How to Be Confident in Who You Are,” where the discussion ranged from tips on not being afraid to ask questions to being proud of who you are.

I could not have asked for a better day, and would like to thank everyone who helped make this possible, including Mrs. Ryerson, Mr. Pagotto, Mr. Fortunato, Mrs. Mohlmann and the Advancement Office, Mr. Ciampa and the Dining Hall staff, Mr. Schmitt and  the Maintenance team, Mr. Adams and the Technology Department, Hun, Lawrenceville, and all of the participants. Hopefully this event can become an annual one including even more MAPL schools. 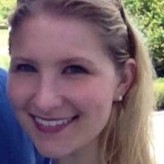