In the wake of a Trump victory many were surprised to see a rise in the price of DOW futures, and yesterday witnessed the DOW at an all time high.

The technology sector took a slight hit as investors adjusted their positions for a Trump presidency. These investors are likely excited about Trump’s policies which promise to cut taxes and deregulate the banks. More specifically, Trump has expressed interest in repealing the 2010 Dodd-Frank Act which required the banks to be more prudent and increase their capital reserve. Dodd-Frank also included the “Volcker Rule,” which prevented U.S. banks from making certain speculative investments (i.e. mortgage backed securities) using the bank’s own balance sheet, which is, in many cases, a threat to the bank’s liquidity. Many argue that such speculative investments contributed to the 2008 financial crisis.

A lot of investors also see a Republican-majority Senate and House and believe that it will stop Congressional gridlock and help spur growth in the U.S. economy.

Private prison stocks jumped after Trump’s victory. This was likely investors’ reaction to Trump’s promises of “law and order” along with comments he made in favor of private prisons.

Healthcare stocks also jumped. Pharmaceutical companies took a hit in the past year because of fears that a Clinton presidency would lead to greater regulation of drug prices. Trump is not necessarily good news for big pharma, but as of right now he is seen as the lesser of two evils.

One might expect gun and ammunition stocks to go up after a Republican supported by the NRA got the nomination. However, people tend to buy more guns when there is a threat of increased regulation. With an expected increase in gun sales in anticipation of a Clinton victory, gun stocks went up.  With Trump’s win, gun stocks adjusted accordingly and have taken a hit.

The Trump nomination is big news on Wall Street. The likelihood of less regulation and low corporate taxes are probably what got investors most excited. Trump has big plans to rebuild our infrastructure which promises to put a lot of people to work.

However, it is worth noting that this comes at a cost. Putting more people to work would increase our yearly deficit and inflate the national debt, two issues that the next president would likely have to face. It will be interesting to see the effect of Trump’s plans and whether investors’ enthusiasm will continue.

DOW Futures: a financial instrument used to speculate on the future value of an asset. In this contract, the buyer is obligated to purchase a piece of the dow at a set price on a predetermined date. Price increases or decreases in DOW futures will tell us what investors think will happen in the next month or so.

Capital reserve: the amount in assets that a bank must have at any given time. They are given this requirement as a buffer for bad economic times.

Mortgage Backed Security: a financial product in which a collection of mortgages (usually residential) are grouped together and sold as a housing bond. In 2008, these were given AAA ratings– signifying high credibility– even though they were filled with thousands of underwater mortgages, or mortgages where the balance exceeded the fair market price of the property or asset.

Liquidity: available cash or the ability to obtain it when it is demanded. 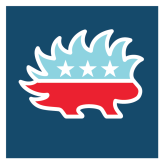